If you have been to a rock climbing gym or see climbers on the side of a mountain, you’ll see that most of them are dipping their hands into chalk.  If you are not a climber, it probably looks like a powdery mess.  Does chalk help rock climbing?

Climbing chalk comes in several different forms, powder and liquid.  For most experienced climbers, consider it as part of their “required” climbing gear.

So how does climbing chalk work so well and why do so many think it’s that important for rock climbing both indoors and outdoors.

Covered In This Article

How Does Climbing Chalk Help?

Climbing chalk is made from Magnesium Carbonate, which is a fine white powder that soaks up moisture making it much easier to grip things.

Imagine being perched on the side of a rock face with the sun beating down on you.  You’ve already climbed up 100 feet, with at least 100 more to go.  Your whole body is covered in sweat, including your hands.

This sweat starts making every surface you touch feel like your holding a 100 lb block of ice on a warm summer day.  The block is so slick that any shift in your grip would make it fall right out of your hands.

But the instant that you stick your hand into the climbing chalk bag, it soaks up all that sweat that was making your grip so slippery.  Now you can get a solid grip on your handhold and keep moving up the mountain.

Climbers chalk comes in several forms; Powder (also known as loose), liquid, and block.  Here are the pros and cons of each.

Powdered chalk is the most well known and popular option.  It comes in a fine powder form that climbers keep in a small back on their belt.  It’s typically positioned behind them, so it doesn’t get in the way, but is easy to access.

The benefits of the powdered form are that it’s cheap to buy, works very fast, and sucks the moisture up quickly.  It’s really easy to get on Amazon, here is a link to our favorite.

The only downfall with powder is that it can get pretty messy.  A simple slip of the chalk pouch, and you’ll have it all over you.  But this is minor considering the overall benefits.

Liquid climbing chalk has become a lot more popular in recent years among gym and indoor climbers.  Simply squeeze a little bit on your hands, rub and allow it to dry.

This version works well indoors, but isn’t often used by outdoor climbers.  Because of the process mentioned above, you would use this before climbing.  Outdoor climbers usually need more chalk while they are in the middle of climbing, So applying and letting the liquid dry before you can use it is not practical on the since of a rock face.

The liquid option does have several benefits from being less messy, there is less concern about breathing it in, and a single application of it usually lasts longer than a single use of powder.

Some of the downsides include the limited use outdoors, and it can be more expensive than powder.

As the name describes, the block option is Magnesium Carbonate powder compressed into block form.

It has similar characteristics as the powder, just a little easier to manage when your feet are on the ground.  While climbing, the powder form is still easier to access and use.

Is Climbing Chalk bad for you?

The thought that climbing chalk is bad for you is a common misconception since people think that since it’s in a powdered form, you will inhale too much of it, and it’ll cause a problem.

What Is The Best Chalk for Climbing?

There are a lot of great chalk options for climbers.  We use and would recommend using loose or powdered chalk for climbing both indoors and outdoors.

Out of all of the loose chalk that we have used over the years, FrictionLabs has been our favorite!

The FrichtionLabs Chunky Texture has been our “go-to” chalk.  It goes on easily and lasts a long time.  Soaks up the sweat like it was never there and allows you to keep your grip!  Check it out on Amazon!

If you are looking to do either indoor or outdoor climbing, you should add chalk to your gear list.  It has a lot of benefits for such a low-cost item.

For most people that read this, chalk will not be life or death for you since you’ll have other safety gear.  But it is a quality of life item that will help make climbing easier and may allow you to climb faster and longer than you would without it.

Caving suits have become more popular in recent years, and common cavers will go into deep caves wearing the right gear. The Best Caving Suit Buyers Guide will help you find the most useful gear and...

When you go caving, you also need a lot of gear that will make the experience more enjoyable and allow you to store some of the gear you are taking along. The Best Waterproof Backpack for Caving will... 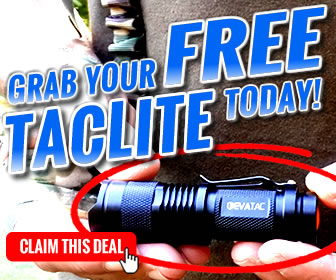